The 15th anniversary of The Big Cartoon Festival (BCF) will take place in Moscow from 28 October to 8 November 2021. BCF is the largest international animation film festival in Russia, which has been held since 2007 and is ground for getting to know all kinds of professional and student animation, Russian and international.

The Festival is held with the support from the Ministry of Culture of the Russian Federation
Strategic Partner: Mikhail Prokhorov Foundation
Partners: Soyuzmultfilm animation studio, Embassy of France and Moscow Institute of France


We are glad to hold the largest part of our festival in-person format this year. The opening will take place in the main hall of the most important film center in Moscow – Oktyabr’. The opening will be held on a very important day for all animators – International Animation Day – the 28th of October.

For 12 days any interested person will be able to watch more than 300 pieces from competition program, Russian full-length cartoon premiers, special compilations, large program for children and their parents on a big screen on various art-platforms in Moscow. KARO cinema-network, the Khudozhestvenny cinema, The Documentary Film Center, Tretyakov Gallery and Philharmonia-2 are the main grounds in 2021. 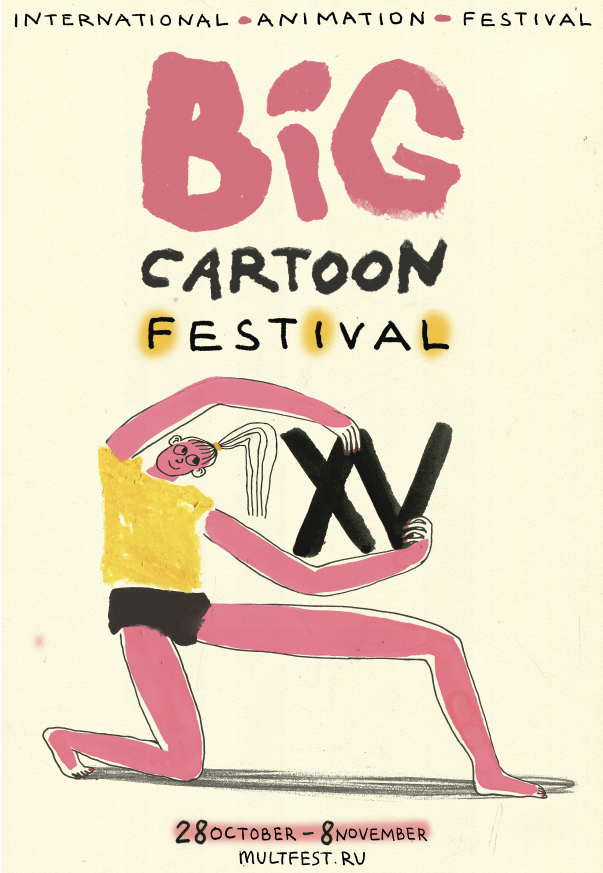 For the second time BCF is going to organize competitions of Russian and international animated films, which will be judged by professional juries. Three juries-teems will be working this year: the first jury is to judge the international competition and the second jury is to judge the Russian one, while the task of the third jury includes choosing the best episode of a series and the best children’s cartoon from the international competition. Final results will be announced at the Festival’s closing ceremony on the 8th of November.

The main part of the program will be available on a special online-platform multfest.online. Online format will provide an opportunity to join the festival from any device in any part of Russia. You are going to watch Russian premiers of full-length international cartoons, selections of best Russian and international short films, meetings with famous film directors, painters and producers from the animation industry. Festival subscriptions will be released in the middle of September 2021.

A large educational program will be presented for all types of audience on a festival. Online Cartoon Factory will be the main ground, where each person will be given an opportunity to make a personal short-animation film together with invited professionals. Besides, plenty of open lectures, seminars and workshops from main Russian and international film directors and artists will be available on BCF.

We are waiting for you on The Big Cartoon Festival!